The Cree LED T8 tube family launched back in April has been found to have a design flaw that could result in a burn hazard, and Cree is voluntarily recalling 700,000 of the tubes and cooperating with the US Consumer Product Safety Commission (CPSC). Cree is offering owners of the LED T8 tubes the option of a refund or replacement lamps that the company will begin shipping in July.

While the recall is surely not positive news for Cree, a number of companies in the solid-state lighting (SSL) business have been through similar situations. Osram Sylvania and Lighting Science Group were involved in an A-lamp recall back in 2013. And Philips Lighting recalled almost 100,000 LED A-lamps in 2013. Cree, like Philips and Osram, is acting proactively to ensure users of the affected lamps aren't endangered.
The surprising part about the Cree recall is the sheer number of LED T8 lamps involved. As mentioned earlier, Cree only recently announced the lamps that essentially replace an earlier T8 lamp design. But evidently, Cree has been supplying the LED tubes through electrical distributors to commercial customers going back to August of 2014 before essentially bringing them to the residential market in April.

Owners of Cree LED T8 lamps can learn more from two sources. Cree has a dedicated website that explains precisely which lamps are affected and provides guidance for returning the products. The recall page is tough to find from Cree's homepage, although there is a small recall link at the bottom right of the homepage. The CPSC also has a website dedicated to the Cree lamps.

The Cree website would seem to indicate that the company has sold even more than 700,000 of the LED T8 tubes. The website includes a list of commonly asked questions, and one said that only lamps from a single contract manufacturer were impacted with lamps from other manufacturing locations being deemed safe.

Cree said the problem is a spring-loaded contact in the end cap of the tubes that electrically connects the power pins on the end of the tube to the printed-circuit board (PCB) inside the tube. Presumably, electrical arcing could result in overheating and possibly cause the tubes to melt.

Cree didn’t further describe the potential problem. Margery Conner, owner of the website Designing with LEDs and an occasional contributor to LEDs Magazine, had previously analyzed the tube design and has posted the most plausible explanation of the problem we have seen. The Cree tubes are designed to work with the existing instant-start ballast found in many fluorescent fixtures, and Conner suggested that the 600V startup voltage produced by such ballasts may cause the arcing. Conner wrote a feature article for our most recent issue and in that article reviews the Cree T8 lamps along with a number of other products intended to replace linear fluorescent lighting. 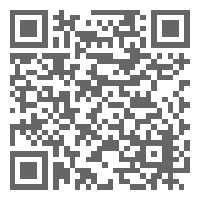