Invest in LED lighting, it’s worth it

Not only individuals, commercial and industrial units, today, many countries and their governments have also realized the benefits of sustainable green lighting like LED lighting. They have realized how LED lighting can benefit the each individual residence or business unit, leading to a huge reduction in the country’s energy usage, which is expensive and scarce.

As a result, to meet the increasing demand, many manufacturers are also offering several green lighting solutions, and consumers are also going in for these new technologies.

Let’s find out some of the major reasons that make green and sustainable lighting worth the investment.

The most significant benefit of green lighting is its huge reduction in energy costs. Electricity in most country is very expensive and even scarce. It is one of the most important resources in our daily lives. In fact, lighting is the third largest energy user in most homes. But it’s probably the easiest area to save as well. You can start saving a whopping 70-80% right away by simply shifting to green and sustainable lighting solutions like LED lighting. By installing green lighting like LED lighting, a building or an industrial unit or even a residence can save up to 70-80% electricity. Some LED companies even claim that their products can save up to 90% energy.

When Pennsylvania Power & Light completed an installation of sustainable daylighting devices, they reported a 69% decline in energy costs from lighting alone. By replacing heat-generating electric bulbs can also reduce HVAC costs, leading to a savings of 75-80%, according to U.S. Department of Energy’s Federal Energy Management Program.

The most attractive benefit of sustainable lighting like LED lighting is its fast return on investment (ROI). Energy Star statistics show that LEDs have an ROI of 4.1 years. Since LED bulbs have a long lifespan compared to traditional bulbs, they last much longer.

LEDs are far more energy efficient; their longevity is impossible to meet any traditional lighting technologies. And LEDs’ prices are rapidly decreasing to more affordable points, opening the lighting market worldwide to this new technology.

LED lights have a typical lifespan of 20 years or more. That’s more than double the expected lifespan of a fluorescent bulb. Imagine the maintenance cost savings of not needing to change a single bulb in a building for 20 years! This also pays off in case of street lights which are so difficult to change.

There have been many researches that have shown that higher quality lightings like LED lighting have significant health benefits. According to a study by the University of Pittsburgh Medical Center, patients in bright, naturally illuminated rooms experienced less stress and pain and consumed 22% less analgesic medicine. The patients in these rooms were also released from the hospital 20% sooner. LED lighting can also offset the causes of seasonal affective disorder, and it has been shown to have 50% effectiveness in reducing symptoms.

A number of studies have shown that LED lighting has immense effect on people’s mood. It has been proved that LED lighting led to a more positive mood compared to poor lighting that led to fatigue. Many companies have also reported that after installing LED lighting in their facilities enhanced productivity as more number of employees were encouraged to come to work regularly, as a result, absenteeism dropped by 25%.

According to Philips, by increasing light levels in a facility from 300 lux to 2000 lux improves productivity by 8%, increases tasks performance by 16% and reduces rejects by 29%. It also makes a positive contribution to safety, reducing accidents rates by 52%. Absenteeism, general health and well-being are also improved. All of which could make a clear difference to business, whatever the industry is. 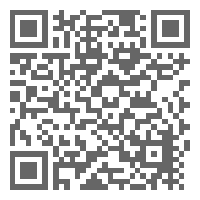