The recent restructuring by major global lighting companies will allow LED makers to raise capital for investments in 2015. According to ‘Top Lighting and LEDs Trends for 2015,’ a new white paper issued by IHS, last year’s restructuring could lead to improved margins for leading companies, along with the potential for lower product prices for consumers.

“For the big three lighting suppliers, the road was bumpy: all of them recorded falling revenue in the first three quarters of 2014,” said William Rhodes, research manager of lighting and LEDs at IHS Technology. “Industry watchers are now looking to see if these giants of the lighting industry can turn the tide in 2015,” he said.

Following are 10 predictions for the lighting and LED industry for 2015, from the IHS technology research team:

China will continue to grow

China—the LED dragon—will continue to grow. The coming year could be pivotal for the global LED industry, given the growing market share of Chinese LED companies throughout the value chain. “In order to compete with international companies and maintain their growth, Chinese vendors must overcome negative perceptions of product quality that continue to plague them, even while they maintain their low pricing,” Rhodes said.

Changing fortunes for lighting companies are expected in 2015. The reorganization of the top three lighting manufacturers could turn them into pure-play lighting companies focused on dynamic markets, which would offer greater growth potential. The restructuring will also allow LED makers to raise capital for further investment, and will also let them reduce the hierarchal burden associated with being part of a large conglomerate. “Changes in the corporate structure could lead to improved margins for the companies, and possibly lower-priced products for consumers,” Rhodes said.

Li-Fi, a brighter way to communicate. Visual light communication (LI-Fi) is a new and emerging technology, but implementations of pilot projects, along with greater media interest, is forecast for 2015. “It will be interesting to see how many commercial projects are announced this year, and on what scale,” Rhodes said.

Is lighting poised for a quantum leap? As quantum-dot LEDs (QD-LEDs) still have some challenges to overcome, the market will not likely to see vast quantities of commercially available products by 2015 or 2016; however, in the medium to longer term, QD-LEDs could kill off the OLED display market and cause deep disruption to the lighting industry as a whole.”QD-LEDs still have some challenges to overcome, but we might see a very small amount of commercially available products by the end of 2015,” Rhodes said.

Mass-market adoption of OLED lighting is not projected to occur in 2015, but retailers will likely start to offer a premium range of OLED luminaires, which undoubtedly will help create more interest in the overall OLED market in the coming year.

LED filament bulbs may be in the limelight

LED filament lamps, which combine the benefits of LED lamps with the familiar design of incandescent bulbs beloved by traditionalists, are now starting to match other LED offerings, in terms of efficiency, price and color-rendering capabilities. “Ultimately it will be up to consumers to decide if filament bulbs will have their time in the limelight in 2015,” Rhodes said.

Packaged LED industry is moving downstream and getting smarter. Smart lighting is another way for companies to attempt to add value and improve profit margins. As the LED lighting market moves downstream with modules and light engines, incorporating smart lighting sensors and controls will be a key trend in 2015.

Is your streetlight all that it seems? In the coming year, a couple of smart street lighting pilot projects (e.g., incorporating electric vehicle charging or mobile phone masts into the luminaires) are expected to start moving to larger city-wide installations. “with developments in new technology, as well as the ever-expanding phenomenon of the Internet of Things (IoT), the role that street lights play in our world is set change completely,” Rhodes said.

2015 will be lucrative year for optoelectronic components suppliers

With LED headlamp penetration increasing, gesture control getting increasing interest, and hybrid and electric vehicles sales continuing to grow; 2015 will be a lucrative year for the optoelectronic components suppliers who focus on the automotive industry. 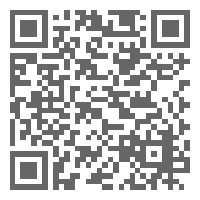